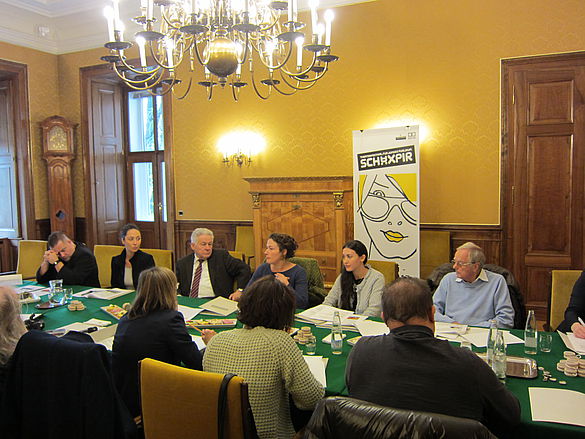 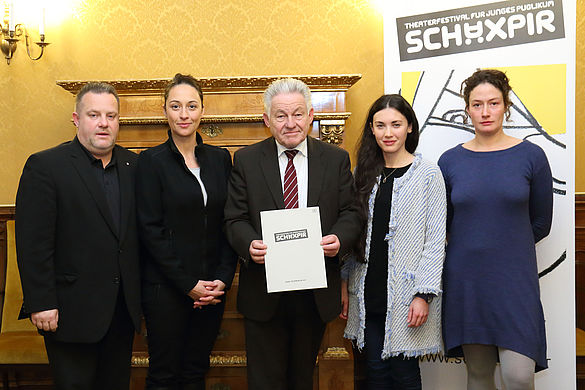 SCHÄXPIR press conference in the Landhaus

The first press conference for the festival 2017 took place on Wednesday, 16 November 2016, in the Landhaus in Linz, the seat of the provincial government of Upper Austria. Governor Josef Pühringer and Cultural Director Reinhold Kräter presented the new SCHÄXPIR team of directors to the public. There were also a few small previews of the festival program 2017: the Upper Austrian State Library and the Anton Bruckner Private University have already been announced as new venues.

We were delighted by the great interest and the many visitors! Every seat was filled, every prepared press kit was in use. Thank you to all the journalists for all your reports in newspapers, radio, and online!